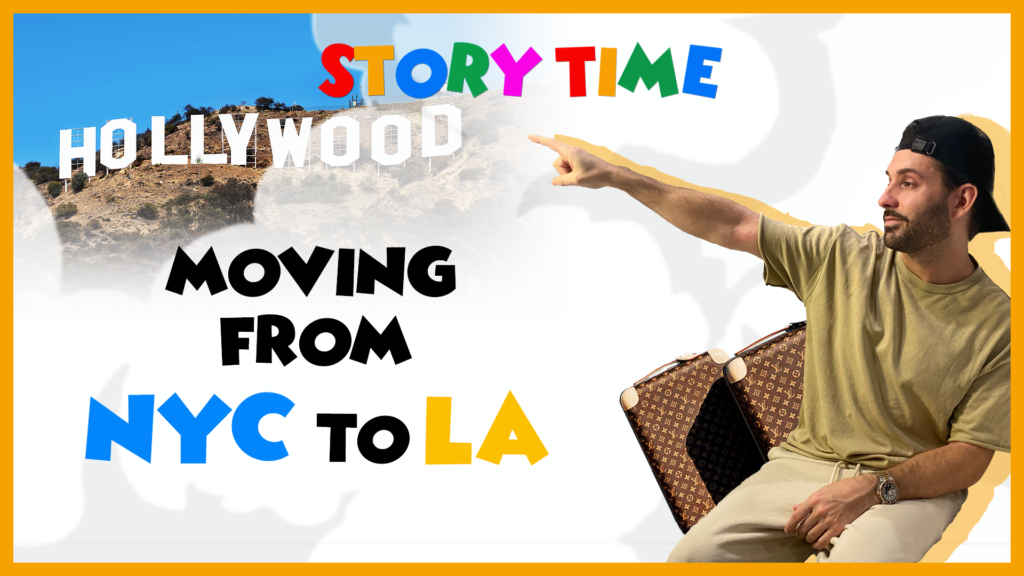 I have faced a lot of adversity in my career and I had to take a lot of risks in order to achieve new heights and meet new goals but one of the biggest risks I took was a little over five years ago when I decided to move from New York City where I started my career to Los Angeles California.

In 2005 I moved to New York City and that’s where my career began, I lived and worked there for a full decade and during this time the music industry was going through massive changes. Some of the bigger studios already had begun closing, like the iconic Hit Factory, SONY Studios, Chung King & all the other big major studios. Additionally artists budgets dropped significantly, rents were going up and the economics overall for running a larger studio in Manhattan no longer made sense.

Over the course of my 10 years in New York almost all of my friends who were living in New York began leaving for Los Angeles, I would say 80% of my music industry contacts all made the move. Around 2014 my work load had significantly dropped, it was getting harder and harder to grow and make ends meet and I began to become very anxious that I should not be in New York City any longer and this was compounded with the fact I was in a relationship with someone that was not in a good place, and it was becoming more and more apparent it was possibly time to move to L.A.

2015 had started, it was a New Year and the Grammy’s were in Los Angeles, and I actually was nominated for a Grammy for Album of the year for Beyonce’s self titled album Beyonce, I got tickets for the show and I decided I was going to determine over the course of week in Los Angeles if it was a place where I really wanted to live. I got back to New York feeling refreshed and the idea started really building in my head that maybe I could actually leave and make the move to L.A. and this was tough because at that time all of my greatest achievements happened in New York, but the writing was on the wall, I told the girl I was dating at the time I needed break and I needed to sort some things out and I decided to take a trip and clear my head to determine to what I wanted out of my life and I left New York to travel for a month.

While traveling I stayed with some incredible friends in Vancouver for a while and they really opened my eyes to opportunities that were outside of my peripheral vision, they really showed me that there was so much opportunity elsewhere and that I did not have to be stuck in New York. I actually met the CEO and founder of a company which I ultimately ended up angel investing in and co-founded called SKIO Music, the company was already beginning to be built and I loved the idea, this all happened in a one-week period in Vancouver. Next I headed back to Los Angeles and stayed with another friend for three weeks and my goal was to look for apartments, connect with friends and A&R’s who had left and see if I could make something happen for myself over a three week period and really decide if L.A. was a place I wanted to be. Those three weeks really solidified the fact I had to move to Los Angeles, I had found an apartment and I really just had to figure out how quickly I could get back to New York and begin my move back to Los Angeles. I had one more stop in Orlando before heading back to New York at Full Sail University, I go there every year for the hall of fame ceremony and speak to the students and connect with the faculty. I connected with another old friend in Orlando and she really helped me see that the relationship I had with my girlfriend was heading nowhere and I should just move, that was really the final piece of the puzzle and I had come to terms that I was going to head back to New York to breakup with my girlfriend and move to Los Angeles.

When I got back to New York I ended my relationship and decided it was better to stay with my friends, I signed a lease for an apartment in Los Angeles and within two weeks I had moved to California. Two month’s later the Chainsmokers had also moved to Los Angeles and we were able to work everyday and all these great things started happening, the song’s we worked on like “Rose” was a hit, “Don’t Let Me Down” is a hit and then “Closer” came out and it was one of the biggest songs in the world. I had no idea any of this was going to happen, it all happened so fast and organically.

If you’re feeling anxious and your body is telling you a change is needed, explore those risks and take the leap. Make the change because I’ve found that when you take that big risk and you don’t know whats on the other side of the hill you will work extra hard to makes sure that whatever is on the other side of that hill is better than what you’re leaving. I challenge anyone reading this whatever your feeling to take that risk and figure out the logistics because there usually is always a solution for a problem and if you are persistent enough and focused enough on meeting your next goal I think you will find that it will pay off in huge ways in your life.