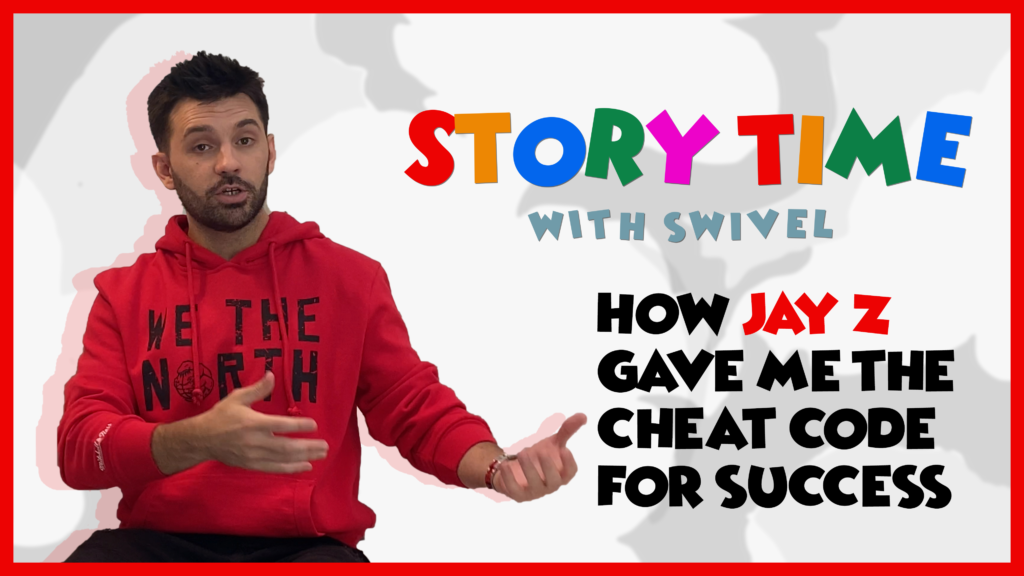 Jay-Z Gave Me One of His Cheat Codes For Success

I first met Jay-Z in 2006 which was very early in my career and there was a really important lesson I learned from from this moment. Jay-Z was the president of Def Jam records at the time I met him and he just so happened to be planning his comeback as an artist. I was working with Fabolous and Def Jam also happened to be the label Fabolous was signed to.

Sony Studios was the place to be in New York City if you were a recording artist, everybody worked there, one day I was in a session with Swizz Beats, Pharrell, Kanye and Duro all in the same room at the same time and this was a very special moment for me to be around three of my producer idols. Jay-Z was finishing his album and he was of course working out of Sony Studio’s in one room while Fabolous was finishing his album in another. We had to play the album for Jay-Z to get some feedback and see what his thoughts were, so Duro and DJ Clue scheduled sometime to play it for him.

I packed up Fab’s hard drive and we walked down the hall about 50 feet to the room Jay-Z was working out of and I have to say I was incredibly nervous. I was always sort of a consummate professional when I was working, I never once asked for a photo with an artist, I was there to do a job and I always wanted to do my job at the highest ability so I really tried hard to not let on that I was a big fan or the sheer fact I couldn’t believe I was in the room with Jay-Z.

I sat down at the computer, hooked up the hard drive and Fabolous was sitting right next to me and he would tell me what song to play and there were about 10 to 15 other people in the room, Tata was there, Lenny S, Skane$ of course DJ Clue and Duro and we began playing the album and everyone was nodding their head and Jay-Z was giving a little bit of feedback here and there but he generally liked the album and was happy with it! We were good to go, we did our job and we played him the entire record.

As were were all wrapping up and getting ready to leave everyone was going through the room shaking hands and thanking each other for the time and I of course shook everyones hands and thanked for them for their time and when I got to Jay-Z I said, “thank you” and he stops me and he puts his hand on my shoulder and he’s replies “you did a really great job today, thank you”. He looked me right in my eyes and said that one little sentence and that changed everything for me. He didn’t have to do that, I was just the recording engineer and I didn’t even need to speak to him, I didn’t say a word to him the whole time I was in the room but he stopped me because he could tell how excited I was to be in the room and he could tell I was being professional.

I’ve been lucky enough to have worked with Jay-Z a number of times since then and he’s always been the coolest person in the room. Jay can read a room incredibly well and know what everyone is thinking and most importantly he knows how to make everyone feel welcome, this is a quality that i’m constantly trying to get better at and learn. It’s a very difficult quality to acquire and I think that’s one of the reasons among talent and hard work Jay has done so well. That little moment where he acknowledged me 14 years ago still resonates with me today and it goes to show how little effort it takes to plant a seed to allow somebody to go on and be successful.

Jay-Z is one of the people I really look up to and in a way I have modeled my career in a similar way that I started in a creative field and I’ve gone onto do other business ventures that leverage my creativity. I admire Jay-Z for his music as much as I admire him for his business acumen and the deals he’s gone into and created.

Ever since this moment with Jay I have always tried to lift the people up around me and I would encourage you to do the same. I always try to respond when somebody sends me a message on instagram or if I’m speaking on a panel and people want to stop and ask me questions after or take a photo, I always try to make that time. You never know if that person who you sit down with now and answer a question, shake their hand or take a photo with may go on to be the next big producer or the next big artist.