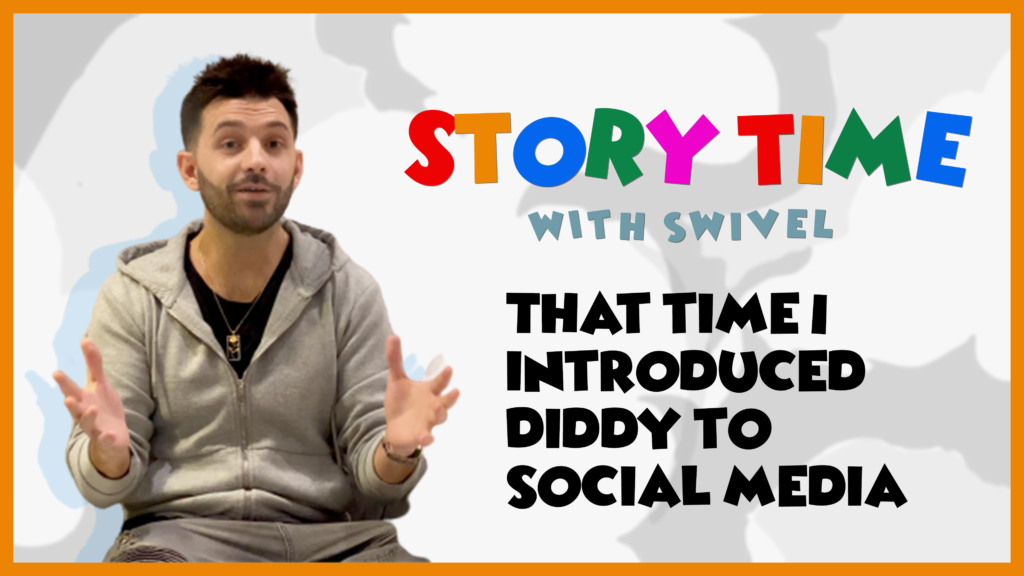 I introduced the one and only Diddy to myspace in 2006 and this particular story brings me back to the beginning of my journey into the music industry which actually took place about three months into my internship as a general assistant working under Duro. At this time I was just getting my bearings, and I was green as green can be and Duro got the call to mix Diddy’s new album “Press Play” and I was very excited about this. By this time I had worked with some big artists like Fabolous and Styles P but no-one on a Diddy level, this was a entire different character to be working with and it was a huge deal for me because I grew up on the whole Bad Boy Era of music, Ma$e, Biggie, Total, 112, the Lox, and LiL Kim. This was a really special moment in my career and I was excited to meet Diddy and experience what it would be like to interact with someone of his stature and celebrity after only ever seeing him in huge music videos and concerts.

Diddy was coming into studio and working on his album with Duro everyday, I was still a general assistant making sure everyone was happy, if anyone needed food and I was just taking care of everything that was requested of me. In the meantime I am experiencing Diddy’s larger than life personality and this one time I was sitting in the lounge with Diddy’s assistant and Diddy randomly yelled out “I need a wardrobe change, I need the white Gucci loafers and the white Gucci jacket”  I will never forget that moment and this request was not for film, this was just a middle of the day wardrobe change for no reason other than he can ask for a wardrobe change because Diddy is Diddy!

As we were getting towards the end of mixing his album one particular session I was sitting in the corner just minding my business on my laptop and absorbing what was going on in the room like a sponge or a fly on the wall. This session had a very relaxed atmosphere and it was just myself, Duro and Diddy and we were all eating lunch and randomly Diddy just happened to look over my shoulder and saw me on myspace and he asks “what’s that ?” Diddy was unaware of what myspace was so I proceeded to tell him what myspace was and I tried to explain to him as best I could what social media is and how it’s new for all of us.

Diddy loved myspace and thought it was great! I could tell in this moment how ahead of the time Diddy was because when he heard about something new like this he immediately thought I need to get on this, I need to be first. I really learned from this moment and I don’t know what was going through my mind but I said “Diddy i’ll make you a myspace page but you gotta put me in your top eight” (this was a public facing area on your page that displayed your top eight friends) Being in the top eight was a thing people were very cognizant and proud of and being in that real estate was a big deal because it was public facing. Diddy went ahead and gave me the approval and says “I don’t even know what a top eight is, go ahead!” I then went on and made Diddy his myspace page and I put myself as his #1 friend and I swear I was #1 on his top eight for over a year until he finally figured out how to use myspace.

The lesson here is to step out of your comfort zone when an opportunity presents itself, take those risks and learn to read the room. I think the only reason I had the balls to ask was because I could tell how curious and interested Diddy was and all he needed was a little help getting up and running and I figured this was a small ask for providing a service to help setup his myspace page and then I could show everyone I was in Diddy’s top eight.